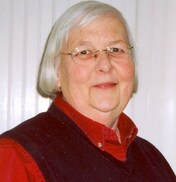 Lynda Tamblyn was a treasured member of The Delta Kappa Gamma Society International (DKG). She held a variety of leadership roles on local and state levels. NC DKG honored Lynda with the International Star of the Southeast Award in 2014, acknowledging her many contributions behind the scenes, never seeking public acclaim.

As a dedicated educator and coach, Lynda Tamblyn touched the lives of many. Her gentle manner and genuine interest in the wellbeing of others made her a respected colleague and loyal friend. Lynda brought her passion and talent to her professional career at Grimsley High School. She was named Conference Women’s Tennis Coach of the Year eight times! Following her retirement from Guilford County Schools, she served as office manager at the Greensboro NC Coaches Association for many years. Lynda was the first woman to be granted lifetime membership in the North Carolina Coaches Association.

Following Lynda’s unexpected death in November 2014, many contributions were made to The NC DKG Educational Foundation in her memory. The Greensboro DKG chapters collaborated to create the Lynda Tamblyn Endowment focusing attention and financial support on educational pursuits in Guilford County. 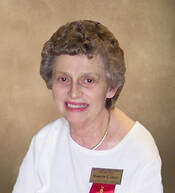 Marilyn Grinwis Gray Scholarship
Marilyn F. Grinwis Gray received a BS in Education from the College of New Jersey in 1948 and a Master of Arts in music education from New York University in 1968. She began her professional career as an elementary school teacher in New York and New Jersey and later became a music educator.
Mrs. Gray was a member of the General Federation of Women’s Clubs in the Southeastern NC District She served as music chair and pianist. As a member of The Delta Kappa Gamma Society International, honorary organization for women educators, Mrs. Gray served as music chair. She was also a member of the International Music Fraternity, Sigma Alpha Iota.

In retirement, Mrs. Gray volunteered with many local organizations. She continued to share her musical talents as pianist for New Hanover Health events and Christmas activities at Cape Fear Hospital.
​
Mrs. Gray won recognition for her photography and poetry writing, but her passion was music and teaching. Her desire to help others pursue the same dream was realized in her bequeath to DKG Theta Chapter in Wilmington. A portion of her estate was designated to be used to support college students majoring in elementary and music education. In September 2018 Theta Chapter established an endowment through NC DKG Educational Foundation providing two annual scholarships of $2500 each. The first Marilyn Grinwis Gray Scholarships for students enrolled in elementary and music education were awarded for the 2018-2019 school year.  Go to Scholarships for the application. 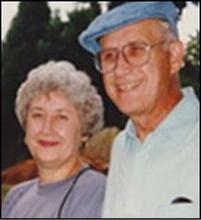 The Betsy and Fred Cranford Endowment was established in November 2016  in memory of two outstanding  Burke County educators by members of  Alpha Nu Chapter.  Betsy was a beloved member of Alpha Nu Chapter for 35 years, serving as treasurer for 20 years. She was the recipient of the Eta State Golden Key Award for her quiet leadership and dedicated service to the chapter.
Fred Cranford was a revered teacher and administrator. He served as the associate superintendent of Burke County Schools. Fred was also a noted leader in the community. Fred was the author of the outdoor drama From this Day Forward. This production tells the story of the Waldensian’s settlement in Burke County.

Maxine and Donald McCall Endowment, established May 2017, honors the McCalls' commitment to and passion  for Gifted Education and the Fine Arts. Grants from this fund  support -- at any grade level -- stimulating and challenging educational experiences for students deemed to be  academically gifted and/or exceptionally talented, as well as educational endeavors for all students in any area of the Arts --including theatre, dance, instrumental and vocal music, painting, sculpting, hand-crafts, creative writing, graphic arts, architectural design, and the like.
​​Due September 30th

​This Endowment honors the life and work of Linda Richards, a beloved high school volleyball coach well-known throughout the state of North Carolina. Known for setting high expectations for her players, Linda encouraged them to play to win and to play with heart. The majority of Linda’s career was spent at Fred T. Foard High School in Catawba County. She also taught at Newton Conover High School in Newton. She retired from teaching in 2013.
During her 27 years of coaching volleyball Linda,known as LR to her players and friends, amassed over 500 wins, had a perfect 30-0 season in 2002 and led her teams to total of five state volleyball championship titles.
​
In April 2019 Linda lost her brave 2-year battle against ovarian cancer.
​
The Linda G. Richards Endowment will support female high school volleyball coaches in North Carolina public schools by awarding 2 grants of $400 which can be used to purchase volleyball equipment, to support their professional development as coaches, and to support the operation of summer volleyball camps.

The grant may not be used to purchase clothing or other items which are the responsibility of the school to provide. The grant may be used to fund attendance at coaches’ clinics or other professional development activities related to coaching volleyball.
Priority will be given to female high school volleyball coaches in Catawba County.

The Dr. Judith B. Carlson Endowment was created in 2020 by Alpha Gamma chapter to honor a dedicated member and outstanding educator. Dr. Carlson has been a driving force in the establishment of the NC DKG Educational Foundation and has worked diligently to create endowments in DKG chapters throughout NC.  As a physical education professor at Appalachian State University, her passion was preparing students for careers in teaching.

Dr. Carlson recognizes the need to support enrichment opportunities for both educators and students.
This grant may be used by educators for international travel and cultural immersion allowing them to bring broader cultural perspectives to their classroom. It may also be used to offer unique enrichment opportunities for students through field trips (ie. museums, galleries, concerts, theater), outdoor education, camping, and other experiential and diverse learning opportunities.

Grants will provide financial support to nourish the personal growth of NC educators with priority given to those from the counties of Watauga and Avery. The ultimate goal of The Dr. Judith B Carlson Endowment is to ignite and intrigue the imagination of educators as they create inspiring, enriched learning experiences within and beyond the classroom. 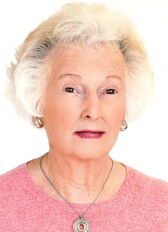 The Phyllis Frye Copeland Endowment was established in October 2021 by Nu Chapter in memory of Phyllis, honoring her lifelong dedication to learning and teaching.  Phyllis and her two sisters, also lifelong educators, were raised in Virginia as daughters of a Methodist minister.  She graduated from Emory and Henry College with a degree in Latin and English. Phyllis then joined the American Red Cross during WWII volunteering at Ashford General Hospital (now the Greenbrier Resort).  After the war, she attended Auburn University and received her Master’s degree in English.  Phyllis met her husband, Carson, while attending Auburn and they eventually moved back to Hickory.  She joined the English Department at Lenoir Rhyne College where she taught until 1974.  After Carson’s death in 1978, Phyllis moved back to Virginia and continued her teaching at Bristol College.

In 2011, Phyllis moved to Abernathy Laurels in Newton, North Carolina to be close to her family.  She remained there until her death in 2016.  During her time in Newton, she thoroughly enjoyed reconnecting with her fellow teachers (and some former students!) through her association with Delta Kappa Gamma.  Phyllis studied continually throughout her life.  She was a wealth of knowledge on many subjects and shared that knowledge unselfishly with her family and friends.  Teaching, on any stage, was truly her life’s passion.  Phyllis would be so proud and humbled to know that her NC DKG Educational Foundation Endowment will help Catawba County teachers further that passion.

The Phyllis Frye Copeland Endowment Grant will provide financial support for Catawba County educators, with priority given to Nu Chapter members, to purchase any non-consumable classroom materials for educational projects that stimulate innovative and engaging experiences.